What is an Escrow Deposit? 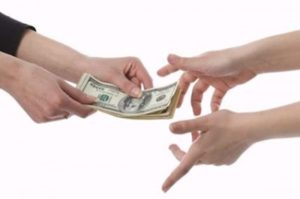 An escrow account comes in two major forms; the first is an account maintained by a real estate broker or attorney in an insured bank for the deposit of other people’s money; it is also known as a trust account.  This is the dictionary definition of a trust account.  Put in layman’s terms, a trust account is a kind of storage space for money that is owned and managed by the broker, not the person whose money is actually contained in the account; it is a middleman, holding money that will be used in a transaction later on in a contractual process.

Both types of escrow accounts are money reserves, holding spaces for funds that will be used later on, rather than immediately.  Both accounts are largely controlled by a third party.  The only major difference is that a reserve account holds loans, while a trust account is generally stocked by hard-money, hard-money being money that a party has with them, rather than in the form of credit or loans.

Escrow accounts are usually held and controlled by an escrow officer, who is almost always a lawyer or a representative from the title company in a real estate transaction.  It is the job of the escrow officer to hold all important documents and funds while the buyer and seller of a property haggle over details.  Upon reaching the closing stage of a deal, the escrow officer acts as an overseer, maintaining a smooth, calm transaction where buyers receive their property and sellers receive their money. Finally, an escrow agent will record the deed and title transfer, creating an official record of the property’s transfer to a new owner.  For their trouble, an escrow officer will receive a set percentage commission or flat fee on the deal.

Mortgage escrow officers will adjust the monthly escrow amount of a reserve account based on taxes and insurance bills, while expecting the loan borrower to pay a portion of annual home costs into the reserve account.  If the cost of taxes and insurance costs exceeds the money put forward by the mortgage-holder, the escrow office will spread the difference out over the next year.  If the cost falls short of the money put forward, the escrow officer will refund the mortgage-holder their money.